What in the world is yoga?

It’s safe to say that the average person has heard of yoga. However there are a number of misconceptions about its place in the world. To start with, yoga is not a religion. A few years ago, a large number of people believed that a person who practiced yoga was in essence; praying to a deity while exercising. Yoga is exercise and more. Yoga was developed over 5,000 years ago in India as a way to know yourself and your purpose on the planet. The concept is to link your body and mind together, connecting it with the life force around you. In the ancient language of Sanskrit, this is known as “prana.”

Yoga can be done individually or in groups. Likely you will find yoga studios in your neighborhood or even in your local community centers such as the YMCA. However yoga is not a sport. Certainly it can be combined to make any sport more enjoyable. A fine example of this would be any martial art. Martial artists who incorporate yoga into their training enjoy many benefits, such as better flexibility, breathing and reduced injuries. 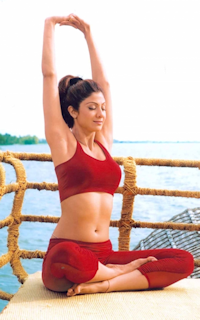 Remember we said that yoga is not a sport. However it really does have sports related benefits such as whole body fitness. Think of your lower back and how tight the muscles become from sitting at the computer for so long. A gentle movement in yoga, sometimes with a twist, will release the area. In fact, many people find that they get the same type of relief as if they had visited a chiropractor or osteopath.

What is the world is yoga? Well some of those questions have been answered. However let’s delve deeper in the best all round health practice. Yoga could be described as a “purging system.” It helps your body to get rid of a number of unwanted ailments and toxins. Yoga helps with your digestive system. The movements of yoga gently massage your internal organs, such as the intestines and stomach. This aids in digestion and elimination of foods. Yoga assists with your lymph system which is responsible for filtering and getting rid of toxins while acting as a transport system in delivering nutrients to the blood. Lymph gets pumped throughout your body by deep breathing which acts like a pumping system.

When yoga gets all the various parts of your body working together, you will start to notice a huge difference. Your muscle tone will increase and the excess fat you are carrying will start to disappear. People will likely comment on how you seem to be taller as yoga improves your posture and you slouch less than before. One of the first things you will probably notice is your energy levels are starting to really improve and your mental outlook on life will too.